Homing is out now

Something quite unexpected happened. Trion team got together at Global Game Jam 2019, and we made a new game together.

This doesn't sound like a big event, but we did the maths and we found out that it is 15 years since we released our last game, Ponorka. That was in the times of Windows 2000, DirectX 5.0 and other things we chose to forget.  Of course, we started working on another game straight away, but that was so ambitions (and badly defined) that moved on with our lives before finishing.

This time, we decided to do a game that was way smaller, and way less ambitious. Using Unity was an easy decision - we already had some experience with it and knew that we'd be able to learn quickly if we didn't know anything. Similarly, we picked 2D graphics, because we knew we'd be much more efficient that way.

The theme of the jam was "home" - or rather, "what home means to you?" We spent some time researching the topic. According to urban dictionary, home is a place where you can do things that you wouldn't do in most places. Most of them are not safe for work (or a game jam), so we didn't use that, but the idea stuck.

As for the activity, we looked for something dynamic, easy to animate, and forbidden in some places. Being in Prague, driving self-balancing personal vehicles came to mind quite easily; adding homing missiles to a game about home was an easy choice too, and from there, our basic design was pretty much done an hour or two after starting.

By the end of the day Friday, we actually had a working prototype with some of the graphics and we verified that the idea actually works as a game. Thanks to the limited scope - and having the idea so early on, we could actually have a good night of sleep on both days of the jam, and still finish with something playable - and fun to play. 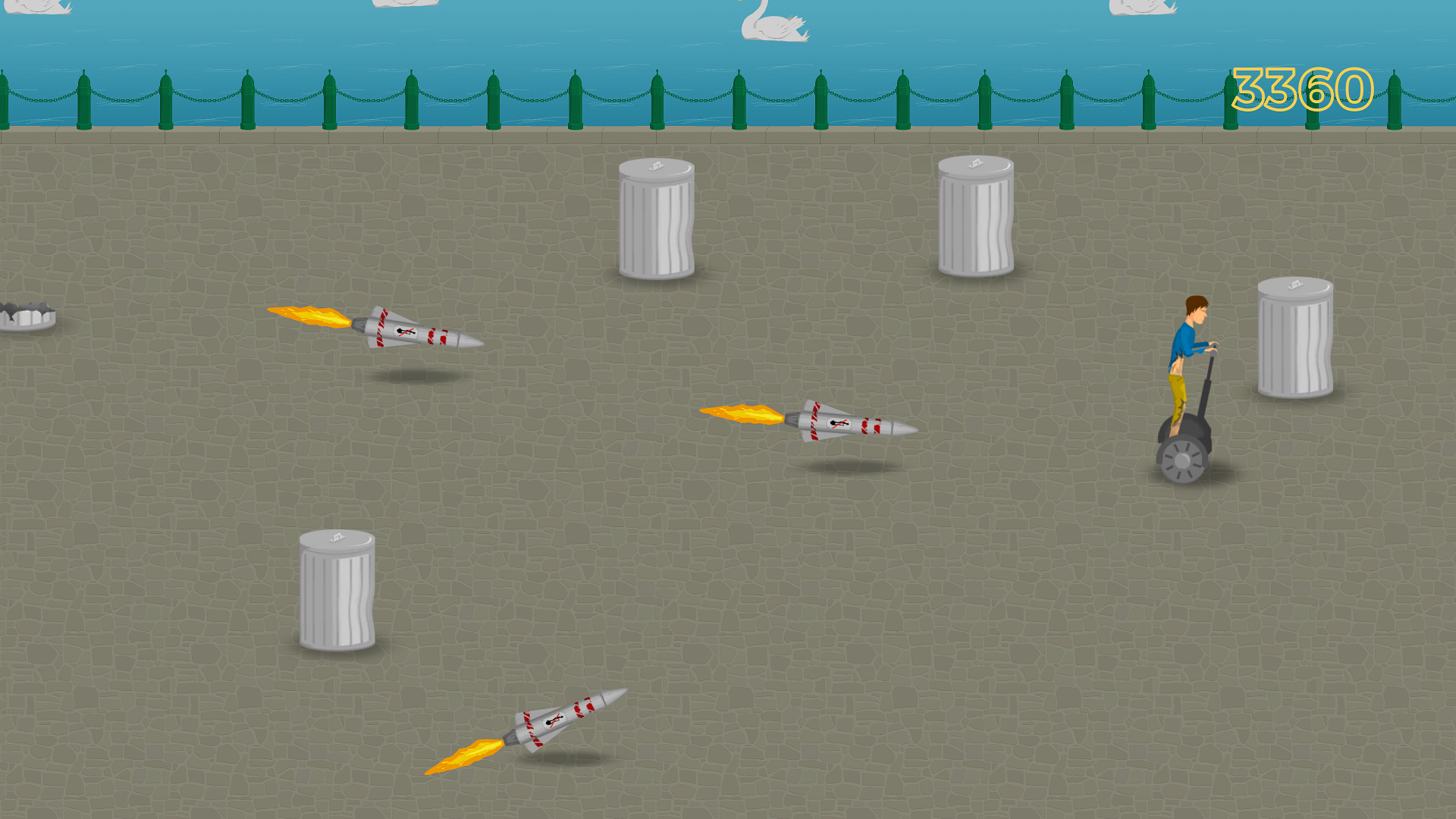 After the jam - and some more sleep and rest - we've removed some of the remaining rough edges, and we're pushing the game out for everyone to play. We hope that you like it and have as much fun playing it as we had building it.